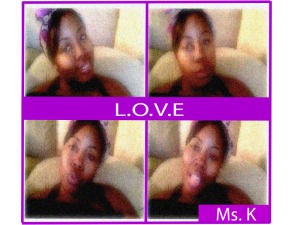 I can’t keep lying anymore. My past mistake hunts me each and everyday especially since I cheated on my ex. I never told Tyrone the truth. I don’t even believe in cheating but I messed up. I need to rewind because for me to find love I need to find peace of my past mistake.

I loved Tyrone with all my heart even with his verbal abuse, he had a caring side, but he was unfaithful through sex texting, going on other dates, and I believe sleeping with other women. No real proof just a message found on his computer from another girl. Did I trust him no! Did I love him yes! But I was conflicted inside, trying to do everything to make it work.

I wanted our relationship to work. Why would I put in so many years just for it to fall apart? I know love is not going to be easy, we are going to have our ups and downs, but what about my tears. Everything started to unravel after I found out he lied about going ring shopping instead he was on a date with another woman. I was done emotional, I would myself why can’t you love me? I loved him with all my heart. It didn’t matter how much I cried, how much I loved you, regardless you asked me to marry you, but you will never change. Deep down I realize this can’t be love, but I didn’t want to leave him. I believe I would fall back in love with him, but instead I was starting to lose love for him and myself.

Fast-forward four months when Ryan entered back into my life. Ryan was my first, but over the years we talk occasionally. Yet trying to snoop on my man through an online site, our paths would cross again. No idea the events would lead to me falling for him again while still in a relationship. Had no clue that one drunk night would lead to a scandalous affair for a couple of months before ending my relationship with Tyrone.

Ryan was slowly entering my life, being my friend, becoming a shoulder to lean on when I fought with Tyrone. He became the person I would talk to in the morning, and the last person at night. Tyrone was becoming less and less important, and fighting with him became easier and easier. It would become an excuse to end our conversation and talk to Ryan. I was developing an emotional connection to Ryan because I could not forgive Tyrone for his last betrayal. How can you ask me to marry you? Then go on a date with another woman, while lying about picking rings. It became easy for me to justify my behavior because he was guilty of so much more. Plus I was only talking to Ryan, he knows I had a man and respected that. But if I know that everything would change on his birthday maybe I would have been more real with my emotions.

Ryan: Does your man know your coming to celebrate my bday?

Ryan: Why not? We are just friends.

Me: Because he does not like you from the past

Ryan: So he would not like that we talk everyday then.

Me: No, but we are just friends

Ryan: Are you sure.

Ryan: Ok, I just want you to know that I am going to get separate beds for the hotel room.

Me: Ok, just to let you know if you want to hook up with some random girl I will get my own room I am not trying to cock block.

Ryan: LOL, Why you are going to be my girl for the night?

Ryan: I was thinking about you and …