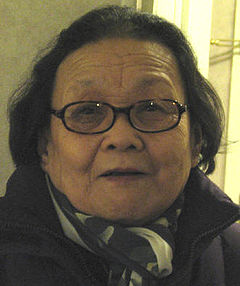 Our Sophisticated Diva of the week is Dr. Gao Yaoije. Dr. Yaoije is a Chinese gynecologist and AIDS activist from the Zhengzhou, Henan province, China.

Gao is recognized as “The AIDS Granny”. She was the first to recognize that AIDS was being spread due to unsafe blood collection and transfusion transacted by the Chinese government. Over thousands in the Central Chinese villages were infected as they assumed that they were getting extra money to live on for donating blood. Gao made it her mission to educate the population using her own money to produce leaflets about the facts, distribute medicine and assist with the adoption of orphans. Due to these actions, Gao was placed under house arrest in China and eventually fled the country. She currently resides in New York, NY.