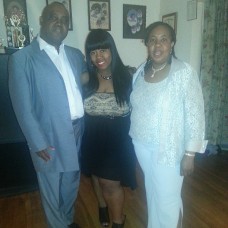 Over the past six years my father life has change. My father is no longer working, he grinds his teeth, he has tremors, and stiffness in his face. My father still able to walk and handle things on his own, but slowly we know he won’t be able to do that. Parkinson Disease does not only affect the person diagnosed it affect the family as well. No one want to see a love one go through the process of losing their motor skills.

If you know someone going through Parkinson Disease share your story…

Here is some of the Symptoms of Parkinson’s Disease:

The National Parkinson Foundation website is a good source of information and resources about treatment, support and research.

The American Parkinson Disease Association website includes a directory of APDA Information and Referral Centers where Parkinson patients and family caregivers can access information and resources.